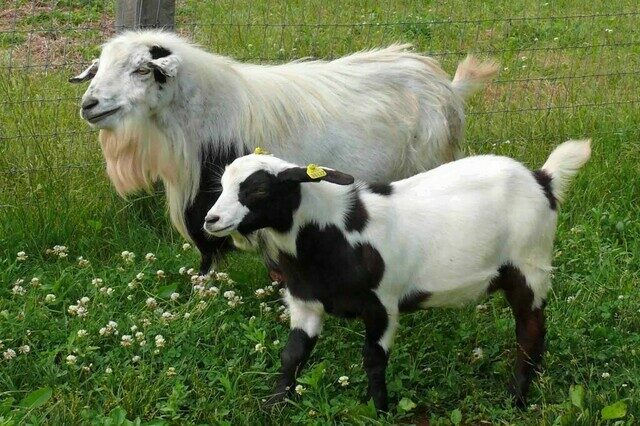 Goat farming has become more and more popular over the years as these animals are considered easy to care for despite their somewhat impetuous behavior. From getting a goat dehorned to choosing the right goat mineral feeder, our website has lots of useful articles you should check out so we suggest you take the time to browse through some of our other posts, if you can.

Moving on to the subject at hand, the truth is that goats are rarely farmed for their meat, although there are people who will prefer such specialties, of course. However, the most valuable asset of a female goat, especially, is her udder, and with the rise of different ‘chevre’ cheese varieties available in supermarkets nowadays, farmers have become more and more interested in producing their own goat dairy products.

Let’s look at several goat breeds that you might want to consider getting if you want to take up goat farming and you’re especially thinking of keeping such animals for the production of dairy.

There are several reasons why goat milk has gotten a lot of positive publicity over the past decade or so, and that’s because it has a lot less lactose when compared to other types of milk. Despite its fat content, it is easier to digest, especially by people who have lactose intolerance. Besides, everyone loves a piece of goat cheese in their salad or on a sandwich, right?

Even though the production costs are considered to be high since a goat will never be capable of producing as much milk like a cow, the truth is that goats make great animals to have on a small homestead. Some can produce as much as a gallon or a gallon and a half of milk per day. On top of everything, they take up a lot less space and they require less feed.

Read on if you want to find out what breed you should consider keeping on your farm if you’re focused on getting good quality milk with higher fat content. Without further ado, here are some of the most popular milk breeds out there.

Having been first bred in England around 20s or 30s (20th century), Nubian goats produce milk with one of the highest fat content – 5%. They are capable of producing around half to one and a half gallons of milk per day; while they won’t impress you in this respect, they are capable of doing it yearlong, which is not something other types of goats can.

Nubians are among the largest dairy goats out there and they weigh more, which means that they can be used for meat, too, if at some point you decide that that’s the direction you want to take. Unfortunately, since they are also larger, that means that they need more feed.

As one of the oldest breeds to have been around, the Toggenburg has been known to be farmed ever since the 1600s. These goats have full beards and a straight face and their color can vary from a light brown to a dark brown with white markings. It’s not uncommon for them to have flaps of skin on their necks, either.

Toggenburg goats are capable of producing milk with a fat content of around 3.3%, which might be low but it’s perfect for people that aren’t looking to produce high-fat dairy. Similarly to the Nubians that we have mentioned here, this breed is hardy and can produce milk regularly. It’s considered one of the ideal choices if you want to go down the road of breeding goats for milk.

As their name suggests, these types of goats were originally farmed in Africa. They come in a wide array of colors and will grow to a maximum size of 23 inches, so they are quite small. Some farmers say that this is the best breed if you want a goat that can also be your pet, not just your dairy provider.

What makes this small goat unique is the fact that it is capable of producing milk with a fat content of 6.1%. Basically, these little ladies produce buttermilk. The fact that they are also very friendly and love to be petted makes them ideal if you have children that would enjoy interacting with your farm animals. Furthermore, they are prolific breeders, so you’ll never run out of milk on your farm if you choose to keep Nigerian Dwarfs. 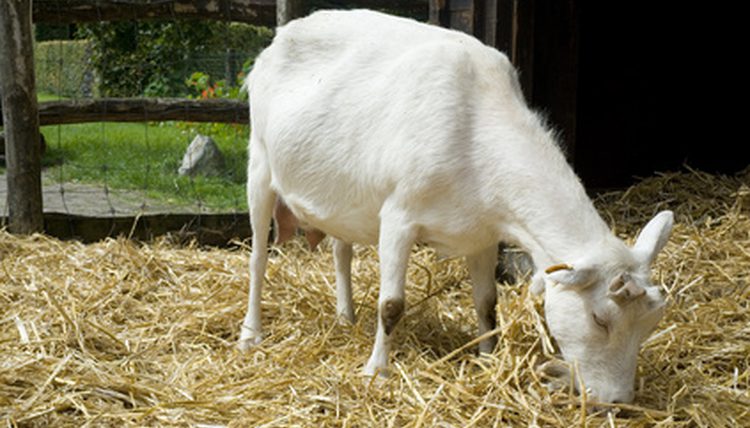 Similarly to other breeds that we have described here, the Oberhasli is capable of producing less creamy milk with a fat content of around 3.6%. Another drawback of keeping these goats is the fact that they cannot produce milk yearlong, but when they do, they are capable of doing so in quantities of .5 to 1.5 gallons in a day. Some say that the milk from an Oberhasli is also very sweet when compared to that of other breeds.

The breed comes from Switzerland and is rather small, so they make the perfect option for small homesteads or generally, farmers that don’t want animals that eat a lot.

They are sweet and have nothing against humans interacting with them, but like many other goats, they have the tendency to be impetuous, so dehorning them might be necessary so as not to have them produce damage on your homestead.

Definitely not one for the person who has a very small farm, the Saanen can grow to be over two hundred pounds, so it is possibly the biggest dairy goat breed out there. The only notable advantage they present compared to other breeds is that they are truly domesticated, so they have a somewhat mellow behavior.

However, they produce milk with a fat content of around 2.5 to 3% and to top it all off, they only produce up to 1 gallon per day. Even so, given their size and weight, they can be used for meat production, too, which might be a pro in areas where the vegetation isn’t exactly lush.

Being an adaptation of the Saanen, Sable goats produce milk with a fat content ranging from 3 to 4% (depending on a variety of factors). The weight of a Sable goat is around 145 pounds, with female goats being slightly shorter than their male counterparts.

These animals have short and thin hair and are equipped with large ears. They are rather easy on the eyes and the color combinations can be quite pleasing since they can have a dark coloring – which isn’t exactly common in goats.